Get Invitations to Google Plus

Coming out with a new social networking strategy, Google has just announced the much rumoured Google+ Project which aims to fix relationships with friends and relatives online through information sharing. Rather than having one large group of friends, such as in Facebook, it enables small select groups to keep one another updated.

What can you do with Google Plus?

What’s makes it different from other Social Networking Sites?

Rather than just one “status update” Google+ allows the user to work in different circles of friends in order to facilitate communicate with distinctive groups.

How do I get an invite to Google Plus?

At the moment, Google is only testing it with a small number of people. If you would like an invite for Google+ follow us on Optimise Web on Twitter and we’ll tweet as soon as we receive some invites! Alternatively, you can directly request Google to send an invite to you. Click the following image to visit the Google+ invitation request page. 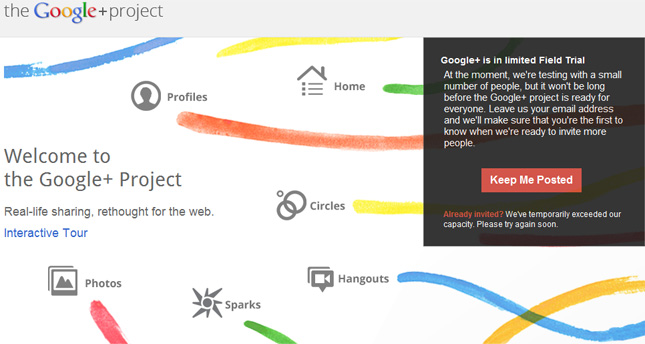