We recently compiled a list of best open source eCommerce packages. It seems our testimony to the power of Magento software is authenticated with the recent acquisition of Magento by eBay. Likewise eBay has done its homework, statistics show that Magento has been steadily growing as the number one eCommerce platform. 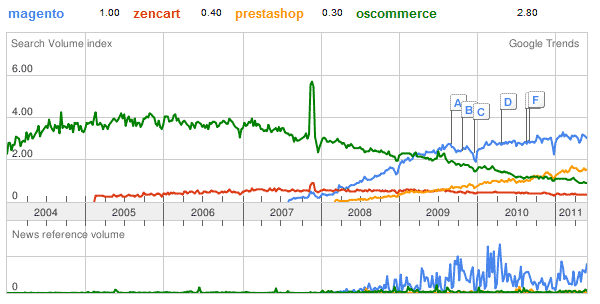 Scale is based on the average worldwide traffic of magento in all years.

Now we can expect to see eBay trying to be the go-to resource for online and offline retailers, helping them connect to consumers.